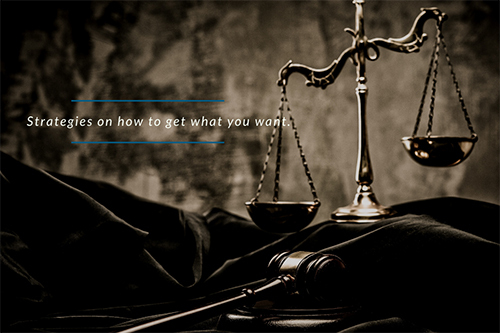 Arbitration is Justice Blended with Charity

Arbitration is a process in which one or more Arbitrators hear a dispute and issue a binding decision based on the parties’ agreement. Arbitration is a mutually agreed-upon method of resolving disputes that is generally as final and binding as litigation. Arbitration’s purpose is to have a neutral third party resolve disputes in a timely and cost-effective manner. Parties should be free to agree on how to resolve their differences, with the exception of safeguards essential for the general interest.

Traditional Dispute Resolution procedures include civil court cases and trials. However, as a result of concerns about court congestion and delays, rising litigation costs, and the negative psychological and emotional impact of litigation, the adoption of alternative Dispute Resolution (ADR) strategies has expanded. Arbitration is frequently regarded as a superior option to litigation since it is faster, less expensive, and provides greater process and procedure flexibility. The arbiter is frequently chosen by the parties, and they have authority over certain components of the Arbitration process. Arbitrations often have more experience in the dispute’s subject area, and they may also provide more decision–making flexibility.

Arbitration has long been used as a way of Alternative Dispute Resolution. The Arbitration and Conciliation Act 1996 was modelled after the UNCITRAL (United Nations Commission on International Trade Law) framework of laws, with the goal of modernizing Indian Arbitration law and bringing it in line with best global practices, as well as making India a global hub for Arbitration.

The Arbitrators are the rulers of the Arbitration processes and have complete control over how they are conducted. The following sorts of Arbitrations are recognized in India based on procedure and regulations:

The parties in Institutional Arbitration are able to designate an arbitral institution in the Arbitration agreement itself. The Indian Council of Arbitration and the International Centre for Alternate Dispute Resolution are part of the Indian Institution. Because of a defined protocol and an effective conflict resolution mechanism given by the institutions, it is primarily employed by corporate organizations around the world.

The stages of Arbitration include:

The use of digital technologies in Dispute Resolution is not a new practice. We no longer have to put up with the old type of Arbitration, which takes a long time and costs a lot of money because of manual processes and high costs for communication, travel, and court appearances. Many countries, including the United States, the United Kingdom, Singapore, the European Union, Brazil, and China, have already adopted digital Arbitration to reduce costs and save time.

Arbitration is a method in which a disagreement is referred to one or more arbitrators who render a binding ruling based on the parties’ agreement. It is a means of resolving a dispute that is private, less formal, and less costly and less time – consuming than traditional litigation.

In arbitration processes, who are the Arbitrators?

What is the duty of the Arbitrators?

Arbitrators must respect the agreement of the parties if it does not breach prohibitions and is not contrary to social morals. Arbitrators must be independent, objective and impartial and must comply with the provisions of law.

What kinds of disagreements can be settled by arbitration?

Arbitration can be used to resolve almost any form of legal dispute, including those resulting from commercial contracts. When going into a contract, the parties can include an arbitration agreement language that states that some or all of their disputes will be settled through arbitration.

Which type of arbitration is practiced the most in India?

Ad hoc arbitration is the most frequently exercised in India because it is supported by the infrastructure we have in our country. Further it is also a cost – effective medium upon which the dispute can be resolved.

Is the arbitration law of India based on the UNCITRAL Model Law?

The Arbitration and Conciliation Act, 1996 is closely modelled on the UNICTRAL Model Law. It applies to all kinds of arbitrations and not only commercial disputes. However, the Arbitration Act does not apply to certain disputes which may not be arbitrable under Indian law, like matrimonial disputes relating to divorce, criminal offences, Insolvency and winding up matters, guardianship matters, matters related to a grant of probate, letters of administration, succession certificate, matters related to the eviction of tenants where the tenant enjoys a statutory protection against eviction, Intellectual property and anti – trust disputes as well as certain statutory arbitrations.

How an individual would know if he/she has to go to court or invoke arbitration for a dispute?

If the parties have agreed that any disputes would be addressed through arbitration, please review the contract for an arbitration clause. If there isn’t one, you may have to file a lawsuit in a court of competent jurisdiction. You can still ask for a separate arbitration agreement with your opponent.

What are the different stages in arbitration?

Unlike a court case, the arbitration process allows you a lot of flexibility. As a result, the process will be primarily determined by what the parties and arbitrators agree on, taking into account what is reasonable in the circumstances.
The stages of arbitration include:

What distinguishes Arbitration from Mediation and other types of Alternative Dispute Resolution?

Alternative dispute resolution, or ADR, is a term used by lawyers to describe a number of non-binding techniques for settling conflicts in which the parties are not obligated to follow the results (unlike arbitration or litigation). Mediation is possibly the most popular type of alternative dispute resolution. It entails a ‘mediator’ sitting with the parties to assist them in working together and resolving the conflict. A mediator, unlike an arbitrator or a court, does not impose a decision. Instead, the mediator assists the parties in reaching an agreement. ADR is frequently used by parties to avoid going to arbitration or litigation. If ADR fails because the parties cannot agree on a solution to their disagreement, they will proceed to arbitration or court to have the matter resolved for them by an arbitrator or judge.

Is it necessary to include an arbitration clause in a contract, or should I accept it as is?

Message from the Principal Attorney

Welcome and thank you for visiting Legal Help NRI. We, as a law firm provide a one-of-a-kind combination of services to the Indian Diaspora around the world for any legal situation anywhere in India. As a firm we have earned the trust and respect of several Indians living abroad. We have experts in all areas of law: Family & Succession Laws, Land and Property Disputes, Laws for Senior Citizens, Taxation Laws, Matrimonial Issues, Consumer Law, RERA related matters, Partition of Land and Property, Title Search, Transfer of Property, Inheritance Law, Succession Certificate, Wills, Power of Attorney etc, working diligently in our team to solve your legal issues effortlessly and expeditiously. We have offices around the world so that you are never left alone. As you explore our website, I hope you will gain a better understanding of the characteristics that distinguish our firm as a leading provider of legal services.